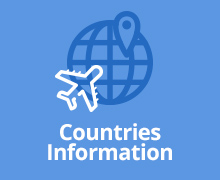 Information on Countries and Other Areas

Information on the Region

The Republic of Korea and Canada have enjoyed a long and positive relationship that is marked by true friendship and sharing of important universal values. It first began with Canadian missionaries and teachers who came to Korea and made significant contributions to the development of Korean society. Later, more than 26,000 Canadian troops were deployed during the Korean War(1950-53), of which 516 lost their lives in defense of freedom and democracy in the Republic of Korea.

Since the establishment of diplomatic relations in 1963, the ROK and Canada have developed a cooperative relationship across all fields at the bilateral and multilateral levels.

In the field of economy and commerce, the ROK and Canada have developed a complementary trading system through the trade of industrial products and natural resources. As Canada is endowed with abundant energy and mineral resources, the potential of collaboration between the two countries is immeasurable since the majority of the ROK's energy resources are dependent on overseas supplies.

Over the past several years, people-to-people exchanges between the ROK and Canada have grown rapidly, with more than 440,000 people travel between Canada and Korea each year. Including the Working Holiday Program(WHP), the number of Korean students residing in Canada for a long period of time is the second largest after that of Chinese students in Canada.

Furthermore, the two countries have been building a mutually cooperative and supportive relationship on various international stages as middle powers that share common values such as democracy, human rights, constitutionalism, and market economy.