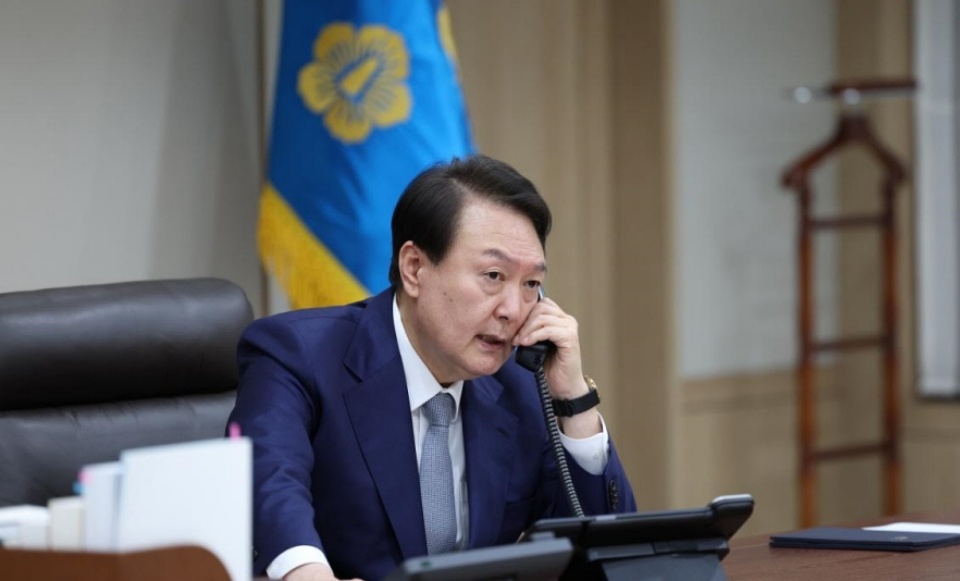 The presidential office said the talks lasted 25 minutes from 5:35 p.m. to 6 p.m. as President Yoon from his office in Seoul's Yongsan-gu District exchanged opinions on North Korea's recent launches of ballistic missiles with the Japanese leader.

The two leaders condemned the launches as an act of grave provocation threatening the peace and safety of not just the Korean Peninsula but also Northeast Asia and the international community. They agreed on bilateral cooperation for a stern response.

They both acknowledged the need to deliver a clear message that Pyeongyang must pay for its reckless provocations, stressing the importance of not only trilateral security cooperation among Seoul, Washington and Tokyo but also strong solidarity with the international community, including the U.N. Security Council.

The two sides mentioned a positive flow in bilateral relations as shown by their summit last month in New York and agreed on their status as partners who should cooperate in global issues.