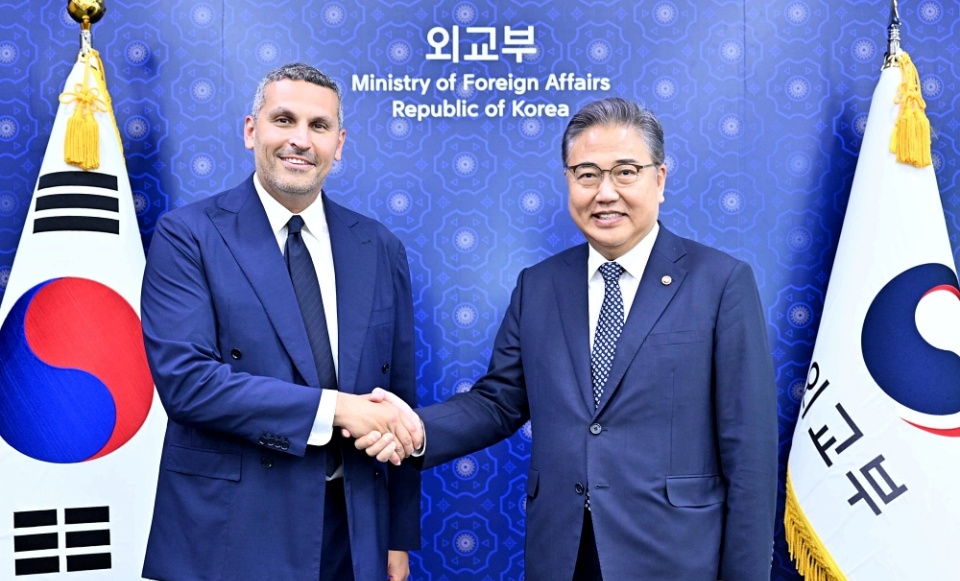 1. On September 2, Minister of Foreign Affairs Park Jin held a meeting with His Excellency Khaldoon Khalifa Al Mubarak, Chairman of the Executive Affairs Authority, who is visiting Korea as a special envoy for His Highness Sheikh Mohammed bin Zayed Al Nahyan, President of the United Arab Emirates (UAE).

o In addition, Foreign Minister Park hoped that the two countries would build on the success so far and take the Korea-UAE relations to a higher level, as both countries are making efforts to further enhance the bilateral relations under the new leadership of the two countries.

3. Special envoy Khaldoon hoped to construct a new strategic partnership for the upcoming decades, building on the trust and confidence established between the two countries.

4. Both sides agreed to further cooperate to hold a meeting between the leaders of the two countries in the near future.