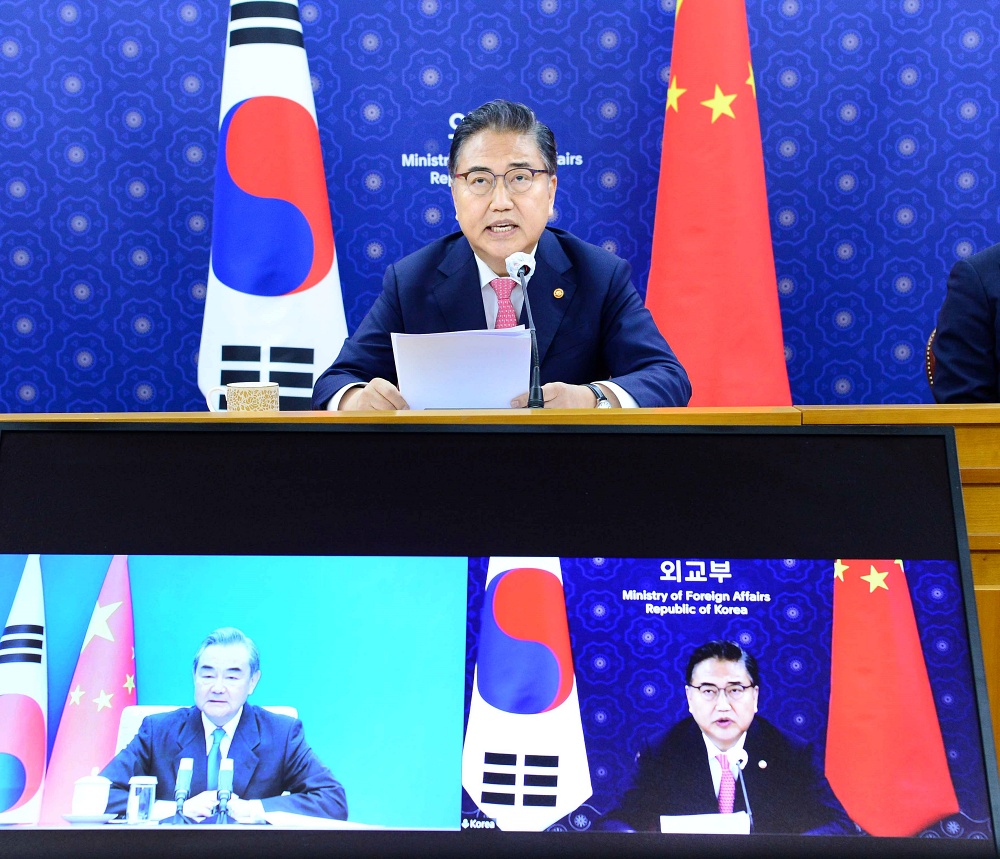 2. Foreign Minister Park mentioned that, for the vision of building a “global pivotal state that contributes to freedom, peace and prosperity,” the Korean government would seek to carry out common value- and interest-based diplomacy, and hoped to develop Korea-China relations in a healthy, mature and future-oriented way based on the spirit of mutual respect and cooperation, as the two countries celebrate their 30th anniversary of the establishment of diplomatic ties this year.

° To that end, he stressed that the two sides should seek common interests while respecting each other’s values and visions, and pursue bilateral cooperation and regional and global peace and prosperity in a harmonious way. He also mentioned that it is crucial for the continuous development and management of bilateral relations to conduct communication between the diplomatic authorities in a timely manner.

° Moreover, he stressed that the two sides should closely cooperate on △strengthening high-level exchanges and communication at high and other levels including reciprocal visits by the two nations’ leaders △deepening substantive cooperation including in economy, health care, climate change and environment (fine dust) △expanding cultural and people-to-people exchanges during the Year of Korea-China Cultural Exchange (2021-2022) and thereby deepening mutual understanding and the bond between people of the two countries △strengthening cooperation for the stable management of the situation on the Korean Peninsula, and △bolstering cooperation for regional and global affairs.

3. State Councilor Wang mentioned that the two countries are permanent neighbors and strategic cooperative partners, and hoped that the bilateral relationship would develop further, with this year marking the 30th anniversary of the establishment of the two countries’ diplomatic relations. To that end, he hoped to strengthen high-level communication and coordination, mutually beneficial cooperation, cultural exchanges, and cooperation on regional and global stages.

° Moreover, the two sides expressed concerns over the spread of COVID-19 throughout the DPRK, exchanged views on the need to provide humanitarian aid for people in the DPRK in response to COVID-19, and agreed to consult with each other continuously.

5. The two sides also exchanged views on issues of mutual interest regarding regional and global affairs. Considering the enormously changed international standings of the two countries, the two sides agreed to continue close cooperation on regional and international stages. In this regard, Foreign Minister Park mentioned that Korea will make efforts to develop itself into a global pivotal state, and expressed hope that China would play an active role as a responsible state.

6. The two sides agreed to frequently have strategic communication and to continue close cooperation, including through reciprocal visits.