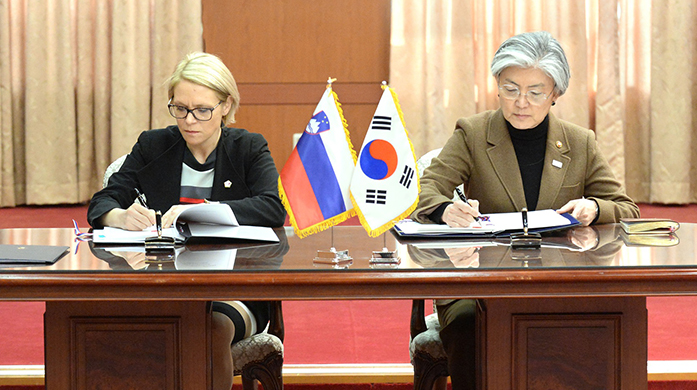 o The agreement will enter into force after necessary procedures in both countries, including parliamentary approval, are completed.

2. The ROK-Slovenia social security agreement, signed today, mainly calls for exempting the two countries’ dispatched workers and self-employed people from making pension contributions in their host country for the first five years of their stay (exemption period is extendable, if agreed), as well as aggregating the contribution periods in their home and host countries.

o The agreement, when brought into force, is expected to not only ease pension burdens of Korean workers dispatched to Slovenia and self-employed people in the country by exempting them from paying pension insurance premiums in Slovenia, but also improve their pension entitlements through the aggregation of the contribution periods in the two countries.

3. The ROK government will continue to work to conclude social security agreements with more countries in order to relieve Korean companies and workers overseas of double pension payments, and to improve their pension entitlements through the aggregation of the contribution periods.